Why I Love to Run

When I was younger, I never considered myself much of an athlete. If you would have told me then I would run a 100 mile race, I would have thought there was no way! As a teenager, I biked a lot and played golf. Probably my greatest athletic feat was my ability to drive a golf ball over 300 yards.

In 1997 at the age of 26, I had a meniscus tear in my right knee. I had half of my medial meniscus removed and the doctor told me that I would eventually get arthritis in my knee but could prolong this by keeping the muscles around my knee strong. I asked him if running would be good for that.

At that point in my life, the furthest I’d ever run was maybe two miles. I decided to start running and very quickly made the decision to run the Twin Cities Marathon. I mentioned this to my mom and she decided to train for her first marathon as well. I found the MDRA marathon training program and signed up to run with them.

Through the MDRA training program, I had a really great group of friends that I ran with every Tuesday night and Saturday morning. I really looked forward to our runs together and was grateful for the many veteran runners in the group who helped me with my training. I remember how hard my first 20 mile training run was, but encouragement from new friends was so wonderful.

I managed to make it through training for the marathon as planned. On race day, I remember it was a cool morning and I had a great race but hit the wall and started cramping. I kept pressing forward and finished. I still remember the feeling I had when I first saw the Cathedral on Summit as I turned the corner. It was an amazing sense of pride and accomplishment. I was also able to cheer my mom on to her TCM finish as well.

I was hooked after that. I signed up for Grandma’s the next summer and have been an avid runner ever since.

I think one of the things I love the most about running is the camaraderie of the training. I’ve built such an amazing community of friends and really enjoy spending hours on the trail or getting in speed work on the track with them.

Bottom line is that I really love to run and am fortunate to be able to do so.

And, 20 years later, I still don’t have arthritis in my right knee! 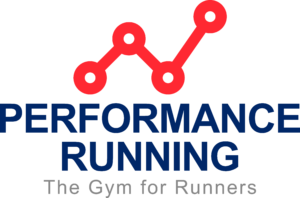 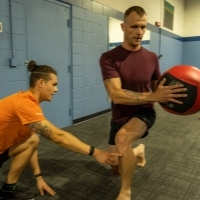 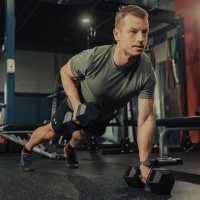